I say this all the time…but seriously…where did time go! My little girl is freaking 4 months old, that is 1/3 of a year old…this is not ok! As she lays next to me on the floor right now, looking at herself in the mirror, smiling and laughing at herself, playing with her snail that lights up and plays music when she touches it, I am amazed at how quickly she has grown up. She has been out of the newborn stage for quite sometime…but for some reason it has really hit me lately. (She is almost in 6 month clothes…what?! I am still in denial and try to squeeze her into 3 month clothes). You know the saying “the days are long but the years are short” I made a new saying for this point in my life. “The days are long but the months are short.” It could not be more true. There were some days that I could not wait for them to be over, or even some nights (even though I lucked out and my baby sleeps sooooo well, like sleeping through the night by a little over 2 months old…don’t hate me), however, now looking back, I would not have traded those moments for anything. And they seem like forever away! My advise to new parents…cherish every moment, you might think to yourself, I can’t wait till they can do this, or they can do that, just enjoy the moment you are in. Take it all in. Even the crappy moments…because there are some. Let’s be honest. I do find myself thinking, oh I can’t wait until she is eating real food, or I can’t wait until she is able to sit up on her own. But I also follow with the thought…I love this time and moment right now, I am not wishing away time. People always warned me that children grow up so fast…I feel like I am getting just a glimpse of it. I know time will begin to go by even faster, and months will quickly turn into year, and years will quickly turn into decades. I am determined to hold onto every minute, and love it for what it is. Silver lining right? 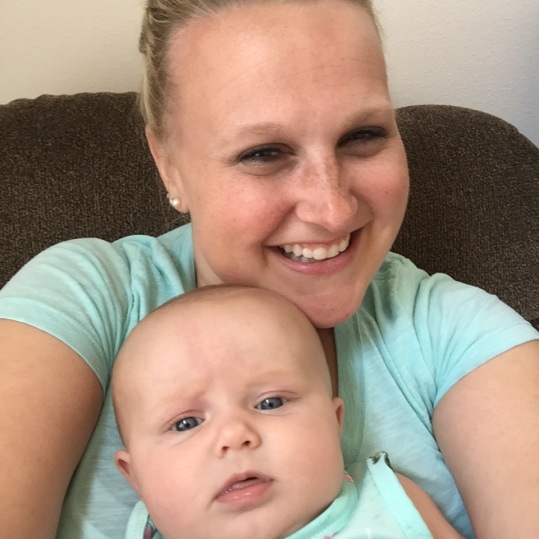 My snuggly baby is no longer. I tell you what, that snuggly stage does not last long, at least for my little girl it did not, maybe one month max. Alaina does not like to miss out on anything. She needs to be up and looking around at all times. She is my little E.T. You want her to fall asleep at a baseball game…good luck with that, especially when there are two adorable little boys behind her that she can’t take her eyes off. She wanted to have fun too! And don’t you dare think about leaving her laying in the living room by herself for too long while you are in the kitchen making dinner. There is no one in her sight line…so she can have a little bit of a meltdown. You then go to her…talk to her, get her smiling again, and boom, she’s good to go for a few more minutes. Quick recipes are the way to go, or just wait until Jason is home.  She also doesn’t like to miss out when we are watching T.V. Being a 4 month old…she should not be watching T.V. So when we put her on the floor, we put her facing away from the T.V. Well she is a determined little child…we look down about 5 minutes later, and guess who is turned around, watching T.V. Seriously…I will give you one guess. Little turd.

And we have super exciting news….she sleeps in her crib at night!!!! We won the battle. Seriously, it felt like we were fighting a battle with our 3 month old…and she was winning for a long time. For weeks, we tried putting her in her bassinet for naps…every single time, she would wake up about 20 minutes after we put her in there. At times she would cry for about 45 minutes before falling asleep too. We thought she was going to sleep in her rock in play forever. When Alaina was a little older than 3 months, I went to my doctors office to have a mole removed. She had said her son had slept in his rock in play until the age of 10 weeks. They were trying to get him to takes naps in his crib as well to slowly get him used to it…he would only sleep 20 minutes too. Her husband read that if you are trying to start new sleep habits, start them at night. Kids sleeping patterns are different at night, making it easier to establish new sleeping habits. They put there son in his crib at night…and he slept like a dream. So we thought, what do we have to lose? We put her in her bassinet the first night…she slept the whole night through! It had finally worked! The only problem…she seeps really loud. She smacks her feet down and hits the mattress when she sleeps, she wakes up and talks for a little while. I slept terrible, her bassinet is right next to me. There was no way this was going to last long. The next day at work I was telling one of our nurse practitioners about it…I wasn’t even able to finish my story and she was saying, “Get that baby out of your room, you will sleep better, she will sleep better.” Now…I had wanted to try putting Alaina in her room, in her crib, for weeks, Jason, not so much. I think it was the idea of her being upstairs when we are on the main level. And I can’t blame him. But, I was able to convince him. And again she slept the whole night through, she did wake up a few times and talk, which woke me up because of the monitor. It has got soooooo much better the past 2-3 weeks. I still have to put her monitor on really low, because any sound she makes during the night I wake up to. But she is a rockstar. I am so proud! 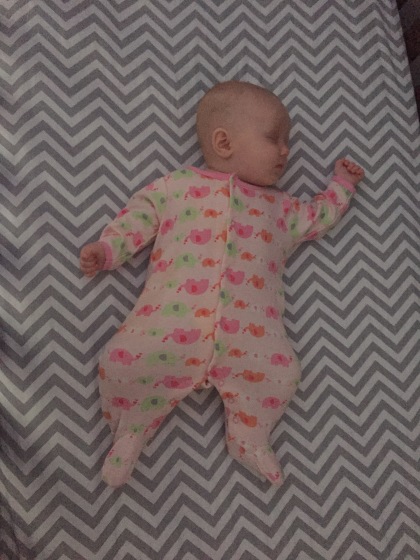 Another important thing that I have learned as a new mom is that you really need to take time for just you and your husband. You need to take a day to yourselves, without the little one. Even though we love her to death, it is always important to have time away from her to focus on our spouse and our marriage. Because if that isn’t strong, we are not going to be strong parents. So we went to Unity Christian Music Festival, an outdoor Christian music festival in Muskegon, MI. We ate a ton of food…and didn’t count as many Weight Watchers Points as we should have. We got to see Matthew West, Laura Story, Mac Powell, Zach Williams, and Kurt Anderson. It was so amazing! I had never been, and now I want to go back every year. All those people in one spot, worshiping Christ together, with my husband by my side. Seriously people…it doesn’t get much better than that! 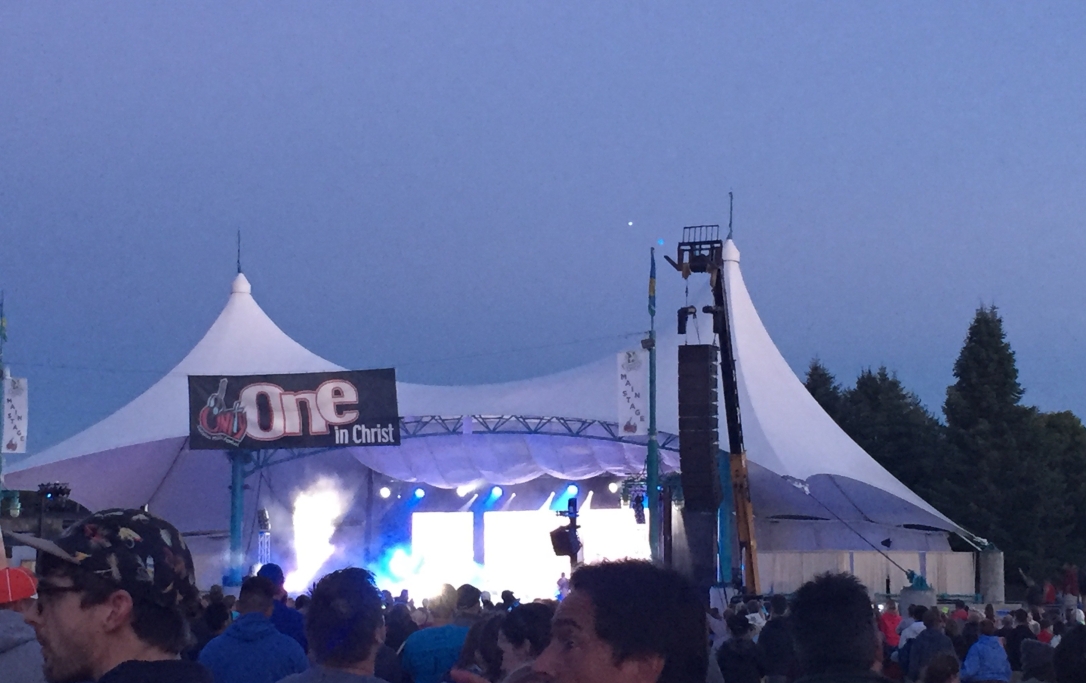 View all posts by gracefolkert